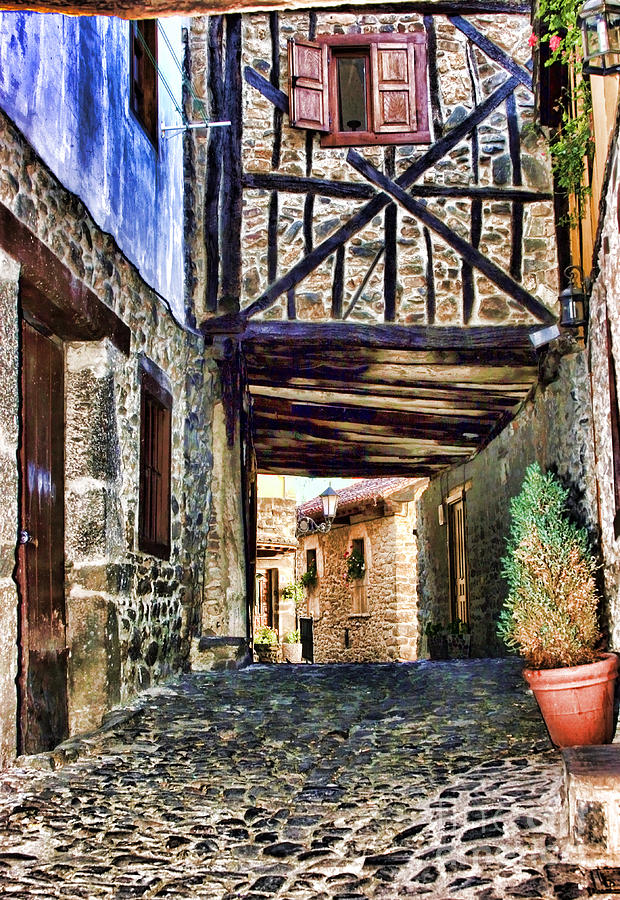 Potes, Spain
Potes appeared for the first time in a document written in 847, the document mentions the parish church and the town. Later in the 10th century, thanks to its booming economy, Potes becomes the administrative centre of the Comarca of Liebana. Potes was considered a city from the 13th century and received royal favour.
Potes is a municipality in the autonomous community of Cantabria in Spain. It is the capital of the Comarca of Liebana and is located in the centre of it. It is bordered to the north by Cillorigo de Liebana, to the west by Camale�o, to the south by Vega de Liebana and to the east by Cabezon de Liebana.
The town of Potes is located at the confluence of four valleys, near where the River Quiviesa flows in the River Deva, the latter born at altitudes of the Picos de Europa. Like the rest of the Liebana region, Potes enjoys a Mediterranean microclimate that allows the cultivation of the vines, walnut and poplar. Overlooking the town is Arabedes mountain (694m).
During the Spanish Civil War, Potes was hit by a fire caused by the Republican side that destroyed the old town, it was rebuilt afterwards. The old town was classified as a Conjunto Historico in 1983.

I like this paint very much Diana ,Fav/+Feature into group.

This is fantastic!! v

I really like how the cobble street is echoed by the cobble wall above. The half open window adds an inviting touch. Good job!

Thank you so much!!!